Does the Web Matter Anymore?

on January 25, 2013
in Ambient Computing, Mozilla, This blog 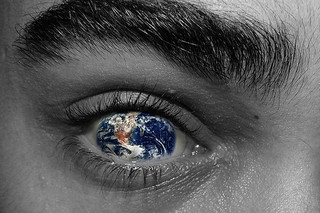 Recently a friend of mine asked this question.  His theory was that the open web, as described in the Mozilla Mission no longer mattered because much of what we used to do using web browsers is now rapidly shifting to “apps”.  Why worry about the open web if nobody is going to be using it?

To me, this is really a question about what do we mean by “the web”. If by  “the web” we are just referring to the current worldwide collection of information made available by http servers and accessed most commonly using desktop browsers, then maybe he’s right.  While I use it all the time, I don’t think very much about the future of that web. Much about it will surely  change over the next decade. The 1995 era technologies do not necessarily need to be protected and nourished. They aren’t all good.

What I think about is the rapidly emerging pervasive and ambient information ecology that we are living within. This includes every digital device we regularly interact with. It includes devices that provide access to information but also devices that collect information. Some devices are “mobile”, others are build into physical infrastructure that surrounds us. It includes the sort of high production-value creative works that we see today “on the web” and still via pre-web media.  But it also includes, every trivial digital artifact that I create while going about my daily life and work.

Is this “the web”?   I’m perfectly happy to call it that.  It certainly encompasses the web, as we know it today.  But we need to be careful using that term to ensure that our thinking and actions aren’t over constrained by our perception of yesterday’s “web”.  This is why I like to tell people we are still in the very early stages of the next digital era.  I believe that the web we have today is, at most, the Apple-|| or TRS-80 of this new era. If we are going to continue to use  “the web” as a label then it needs to represent a 20+ year vision that transcends http and web browsers.

Technology generally evolves incrementally. Almost all of us spend almost all of our time working on things that are just “tactical” from the perspective of a twenty-year vision.  We are responding to what is happening today and working for achievement and advantage over the next 1-3 years. I think that the shift from “websites” to “apps” that my friend mentioned is just one of these tactical technology evolutionary vectors that is a point on the road to the future. The phenomena isn’t necessarily any more or less important than other point in time alternatives such as Flash vs. HTML or iOS vs. Android.  I think it would be a mistake to assume that “apps” is a fundamental shift.  We’ll know better in five years.

While everybody has to be tactical, a long-term vision still has a vital role.  A vision of a future that we yearn to achieve is an important influence upon our day-to-day tactical work. It’s the star that we steer by. A personal concern of mine is that we are severely lacking in this sort of long-term visions of  “the web”.  That’s why my plan for this year is to write more posts like “A Cloud on your Ceiling” that explore some of these longer term questions. I encourage you to also spend some time to think long term.  What short of digital enhanced world do you want to be living in twenty years from now?  What are you doing to help us get there?